Video Game Design 101: Render It Well, Or Not At All

Video games are complicated things. If a designer gets it right, it is well-received and well-liked. If something about the game is off, say, the graphics, the game will utterly tank. Stylistically, if consumers expect a game to have poor quality graphics accompanied by intense immersion during play, consumers are willing to either overlook or accept that.

However, if a new designer wants to "make his/her mark," then poor graphics are not going to get gamers involved. Most gamers insist on either very realistic graphics, or graphics that blow them away with the level of fantasy involved. In short, game graphics and game rendering should be an all or nothing effort, preferably all. If you are designing a video game for the first time, you should render it well. Here are some suggestions tailored specifically for the autodidactic game designer.

You cannot expect to design a game with good graphics if you are using some sort of graphic design "paint" program. That does not fly in the gaming world. Invest in good rendering software, like V Ray 3DS Max. It will help you create eye-popping graphics and render everything in near 3D for better game immersion. If you also want the game to be played in VR mode, buy software that can help you bring your game into the VR world.

​Get a High-Quality Computer, Preferably a Gaming Computer

That little notebook laptop you have? That is definitely not enough to design a video game. The processor is not going to be fast enough to accommodate your creation, which in turn is not going to allow you to see parts of the game in action when you enter the testing stages. Get a higher-quality, faster computer, preferably a gaming computer. Such a computer will allow you to see how your game will be seen by those who download and/or purchase the game to try. Then, you can tweak the renderings and graphics so that it looks really professional on this higher-quality computer and the game will not crash when loading. 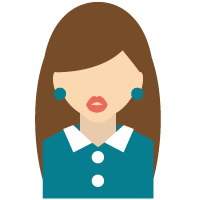